The kaleidoscopic figure of Giovanni Maria Lancisi (1654-1720), one of the most remarkable physicians, scientists and scholars in modern Italy, can be a lucky gateway into eighteenth-century Rome – a surprising place for its intellectual vivacity, sometimes unprejudiced and always open to the most innovative expectations. The Medical Library he founded, one of the oldest and most important in the world, is only the most concrete among the many contributions that Lancisi gave to the dissemination and growth of medical knowledge of his time. His studies in the field of hygiene and the fight against malaria, his efforts to eradicate fears and popular superstitions caused by the ‘sudden deaths’, the enhancement of new forms of teaching such as the use of anatomical theatres, the active participation to the life of scientific and literary academies of Europe, are all revealing features, which make Lancisi a figure of lasting and widespread interest three centuries after his death. A figure who, according to his first biographer, was so outstanding «in the knowledge of sciences, and in the competence to explain them» that he aroused «the applause, even among the commoners, and the young people». 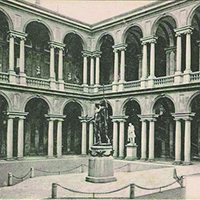